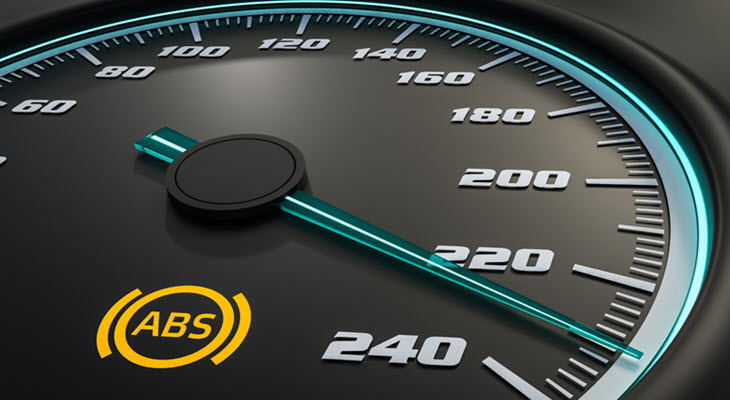 Tips to Identify ABS Module Failure in a Volkswagen

All vehicles are packed with safety features, such as airbags. We hope to never use them, but we are grateful that they are installed and ready in case of emergency. One unsung safety feature that we use regularly is the ABS system. Let’s take a look at this important safety feature, learn what it does, and discuss how you can tell when it is beginning to fail.

The Importance of the Anti-lock Braking System (ABS)

Found on most modern vehicles, the ABS system is a safety feature that is designed to prevent wheel-lock in times of increased braking, such as in adverse weather conditions or unusual terrain. The ABS prevents your car’s wheels from locking, hydroplaning, or skidding in extreme conditions.

The ABS system is made up of two key parts: the ABS module and the ABS sensors, which are located at each wheel. The sensors are used to detect the speed of the wheels. This information is relayed to the module, which can power the brakes when loss of control, traction, or skidding is detected.

The ABS module is the heart of the ABS system. It is a complex part which needs to communicate with other systems of your car, such as the traction control system (TCS). Without a working module, the data received from the ABS sensor won’t be received or utilized when you need it most.

Should the ABS system start to fail, your Volkswagen is at increased risk of skidding and hydroplaning. As these factors reduce the amount of control you have when driving, it is also accurate to state that without a functioning ABS system, you are at an increased risk of accidents.

With the majority of parts in your car, the ABS system is unlikely to fail without warning. Instead, it is likely to gradually fail over time. If this is the case, there are usually some clear signs and symptoms that your Volkswagen will give you. Let’s take a closer look at these:

Though this doesn’t happen with every vehicle with ABS, it is common in the majority of cases for the brake pedal to start to become unresponsive when the ABS system is starting to fail. This is rarely as dramatic as a brake pedal that doesn’t work at all. Instead, it usually presents itself in the form of a brake pedal that is slow to respond or needs to be depressed hard for braking to occur. The brake pedal may also become more difficult to press over time.

As above, pressing your brake pedal should be easy and shouldn’t require any excessive force from the driver. The effect of the brakes should immediately follow the depression of the pedal, so that the vehicle immediately slows or stops. A brake pedal that needs excess force to press can indicate ABS failure.

The most common and obvious sign that the ABS system is struggling is the illumination of the ABS light. This light is amber and is the ABS systems’ equivalent of the engine management light. Not all vehicles with ABS will have a dedicated warning light. However, it is not uncommon for older vehicles to use the check engine light (or engine management light) to warn drivers of failure instead.

Like the other electronic systems in your Volkswagen, the ABS system needs to be treated with care. It can become damaged by collisions, high temperatures, and short circuits. With the right care, however, the ABS module can last for the complete lifespan of your VW.

At A&M Auto Service of Pineville, Charlotte, and Greensboro, NC, we always put your safety first. We know how stressful part failure can be so we aim to make car repair inconveniences as stress-free as possible. Our expert mechanics will work quickly to identify your Volkswagen’s problems, and we’ll always explain the issue we find to you clearly and honestly to create a plan of action with your permission. For excellence in auto repairs and maintenance, call our customer service team today to schedule an appointment at your convenience.