The Audi brand is one of the most notable auto manufacturers in the industry today. This is because Audi has managed to combine performance, class, safety, elegance, and luxury to produce vehicles that turn heads when you see them on the road. With their notable standards, many Audi vehicle owners might think their cars will never develop any issues, at least not for a good while. This is, however, quite far from the truth. One commonly-occurring problem with Audi models is they develop clutch issues.

In automated transmission vehicles, like in Audi models, the clutch is the device that automatically transmits power from the engine down to the wheels, essentially connecting two rotating shafts: the engine and the wheels. This device is made up of the flywheel and a plate. The plate has springs that push this plate against the flywheel, depending on whether or not your foot pushes down on the clutch.

Causes of Clutch Issues in Audis

Clutch problems in your Audi can result from a number of issues. Top among the causes of clutch issues is normal wear that affects the clutch disc over time.  This wearing is usually exacerbated by increased friction, especially if there is no proper lubrication. Overheating in the clutch can also cause the clutch disc to disintegrate much faster than the manufacturer anticipated. This will also affect the drivability of your car. Faulty springs can also affect the ability of the clutch plate to push against the flywheel, creating clutch problems.

Signs of Clutch Issues in Audis

Some of the signs that will point to a clutch problem in your car include:

Strange noises: These noises will be more prominent when the car is in neutral and will be more or less like grinding noises, especially when shifting from gear to gear. Pushing down the clutch will also cause squealing noises to be produced.

High revs with low acceleration: This situation typically arises when the engine is running fast but there is no acceleration. This result is from the miscommunication between the rotation power generated from the engine and its translation into the wheels through the clutch.

Clutch slipping:  When the car is accelerating and suddenly there is loss of power that results in reduced travel speed, the occurrence is described as slipping. This can easily hamper the driving experience of an ideally high-performing vehicle, such as the Audi.

Non-responsive clutch: This happens when the clutch is pushed down but it produces pulsations that feel like vibrations or it just goes all the way down without offering any form of resistance. The clutch may also feel sticky, which makes it extremely difficult to control.

How to Maintain The Clutch In Your Audi

While it may be inevitable to replace the clutch in your car, you can easily delay the replacement process by doing certain things. These include: 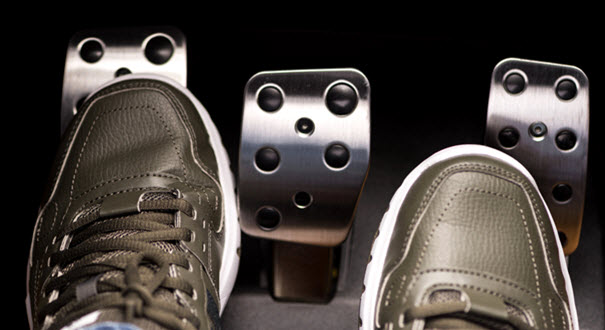 What To Do In The Event Of Clutch Failure

Should the clutch in your Audi develop problems, solving them may only be possible with help from a certified mechanic. It will also be in your car’s best interest if the mechanic is familiar with foreign brands like Audi. A&M Auto Service is one such auto repair shop. Call us today to schedule an appointment or consultation if you live in areas around Pineville, Charlotte, and Greensboro, NC.