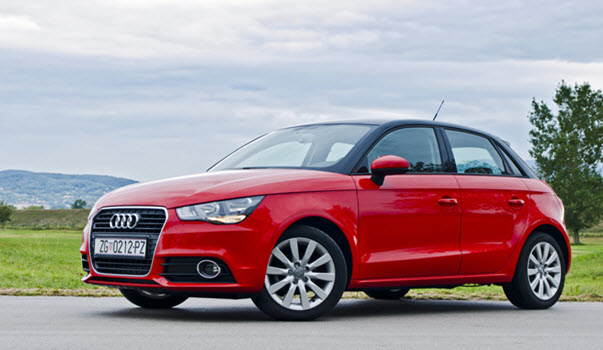 How a Failing Purge Valve Affects Your Audi

Audi cars are one of the most highly desired automobiles on the market today, and have remained one of the top-rated vehicles in the world for years. It’s no wonder that their owners and drivers tend to take better care of their cars than most drivers on the road. Preventive maintenance and repair work is critical for your Audi’s longevity and performance, but part failure can still occur even with the best care possible. One part that tends to prematurely fail in Audi cars is the purge solenoid valve. The purge valve plays an important function in your Audi’s performance; in this article we’ll go over what the part does, what it looks like when it fails, and what you can do to effectively prevent such issues from coming up.

What Is a Purge Valve and What Does it Do for Your Audi?

Your Audi utilizes what’s called an EVAP system; also know as the evaporative emissions system. This is an engineering design that is meant to control the high levels of toxic emissions released from your car. The EVAP system’s main job is to transform these toxic emissions into a useful resource for the car—fuel. The EVAP system needs a mechanism that can release the emissions, or vapors, effectively—this is where the purge valve comes in. The purge valve opens and closes the pathway for vapor to be released, and when it isn’t working well it can create serious issues with your Audi’s functioning—you might even fail emissions tests.

Symptoms of Failure that You Should Be Aware of

Although purge valves are designed to last for the life of the car, in certain Audi vehicles they can become clogged with buildup, rendering them ultimately ineffective in releasing vapor created by your car’s fuel. It’s important to be aware of some of the concerning effects a failing purge valve can produce so that you can address the issue sooner rather than later.

It is the tendency of all drivers who see their check-engine light come on to suddenly develop stomach ulcers and migraines—no one wants to deal with whatever mystery issue related to the check-engine light that may be lurking. There are many reasons why your check-engine light may come on, including a failing purge valve, so there’s no need to panic yet. Bring your car in to a trusted automotive shop to have it properly diagnosed.

Engine starting problems can be due to a number of different problem areas. However, when the purge valve fails it is common to encounter starting issues due to the car’s inability to release built-up vapors.

The purge valve releases pressure buildup as well as vapor. So, when it isn’t closing all the way it can create a leaking effect that directly impacts the car’s idle. To ensure the other various components of the EVAP system are working properly, a full inspection is critical.

What You Can Do to Prevent Purge Valve Failure

If you do notice the above-mentioned symptoms in your own Audi, then it’s time for a visit with your Audi specialist. Replacing a purge valve will vary in cost depending on the shop that performs the replacement, but the part itself shouldn’t cost much. However, most of us want to avoid car trouble all together; therefore, preventive care is the best way to avoid purge valve failure. Ongoing, routine inspections, following through with troubling symptom diagnoses, and following your Audi’s recommended maintenance plan will give you the best results in your Audi’s performance and prevent issues like purge valve failure.

Why You Should Hire an Audi Specialist for Maintenance and Repairs

Since the symptoms of purge valve failure can mimic those of other issues, the first step you should take is to bring your car to a specialist for proper diagnosis. A&M Auto Service has performed accurate, thorough diagnostic work for Audi drivers all over the areas of Pineville, Charlotte, and Greensboro, NC. For over 2 decades we’ve remained Charlotte’s number one European import and domestic auto repair shop; our integrity, honesty, and expertise are what set us apart from dealerships and other shops nearby. If you’re experiencing any of the symptoms related to purge valve failure, please call us to schedule a diagnostic procedure right away.