Buying a Used Car? What to Look for: Mileage or Age?

When you finally decide to take the plunge and buy a car, you may have considered your options in the way of used vehicles. Previously owned cars don’t have to be the headache that many associate them with. In fact, you can save yourself a significant amount of money by buying a used car rather than a new one. A lot of people consider gas mileage to be a huge factor when purchasing a new car, and following closely in importance is the car’s mileage and age. Often the two go hand-in-hand; in other words, it is likely that the older the vehicle, the more miles it has on it. However, this is not always the case—many classic cars that have been treated with perfectionism are usually driven far less than the average “vintage” cars. Mileage and age are two factors that contribute greatly to a potential car buyer’s decision, and rightfully so. Generally speaking, the more miles a car has on it, the more it has been through, and therefore, the more things have been worn out, damaged, or replaced. Additionally, older cars generally come with the same worn parts. There are also upsides to purchasing used cars with higher mileage or of an older age.

Car parts are designed with mileage in mind

Mileage is an important thing to consider when you purchase a used car. The value of a car with a lot of miles on it will become cheaper and cheaper, the higher the mileage becomes; with the odometer reading increasing, value also decreases. Furthermore, car parts are not designed and engineered with aging in mind, but rather with mileage in mind. Engineers and car manufacturers base scheduled maintenance plans on mileage, and the higher the mileage, the bigger the need is for a huge repair overhaul. The routine hundred thousand mile repair in most car maintenance schedules is incredibly expensive, and many car owners rush to sell their car when that deadline is near—you don’t want to be the one to get stuck with that bill, especially after just spending a chunk of change on the vehicle itself.

Consider how the car was driven

If a car has high mileage, then is important to consider how the car was driven for those miles. For instance, buying a car in the city with a lot of miles on it may be suspect, because driving in city conditions (stopping and going frequently, your car running for extended periods of time, many sharp turns and maneuvers) takes a huge toll on a vehicle’s engine. However, if the vehicle was driven primarily on the roadways or highways, there’s a chance that the car sustained much less wear and tear in its use. It is important to know who you’re buying a car from and what their driving patterns were while they used it.

The age of the vehicle can tell you a lot

Age of the vehicle is the other huge elephant in the room when you purchase a used car. The life expectancy of cars varies depending on the owner and the vehicle itself. Some cars generally age better than others, while other vehicles are only meant withstand a specified amount of use. The age of the vehicle can tell you a lot about where a car has been. It is important to get a good feel for how the previous owner cared for the vehicle over the years they drove it. Sometimes you can get lucky with older cars and lower mileage, and other times, it can be a catastrophe. 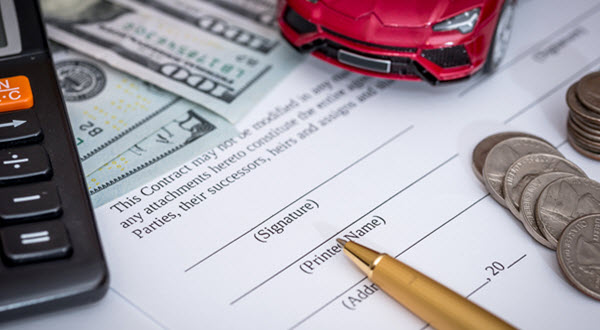 Look under the hood

You should always look under the hood of the vehicle as well as a detailed look at the interior of the car. If it looks particularly well taken-care of, you may be in luck—you have struck gold in finding a diligent car owner who cares for their vehicle. Although, that’s usually not the case; most car owners do not care for their vehicles as if they want them to last a long time. For most people, cars are a means to an end—a way of getting to where they need to be and to what they want to be doing. If you come across an older car, it is best to remain skeptical of the integrity of what is under the hood or what is truly holding the car together. Purchasing a used car is tricky; make sure you do diligent detective work first.